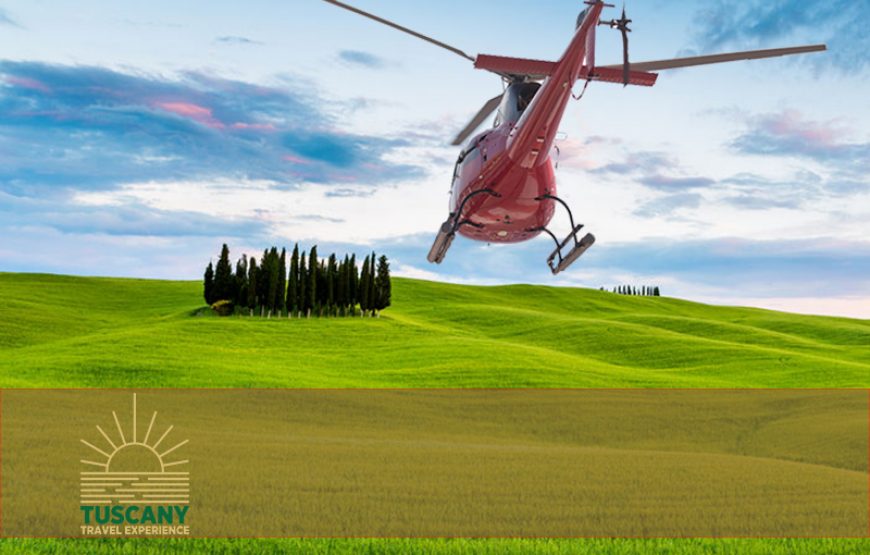 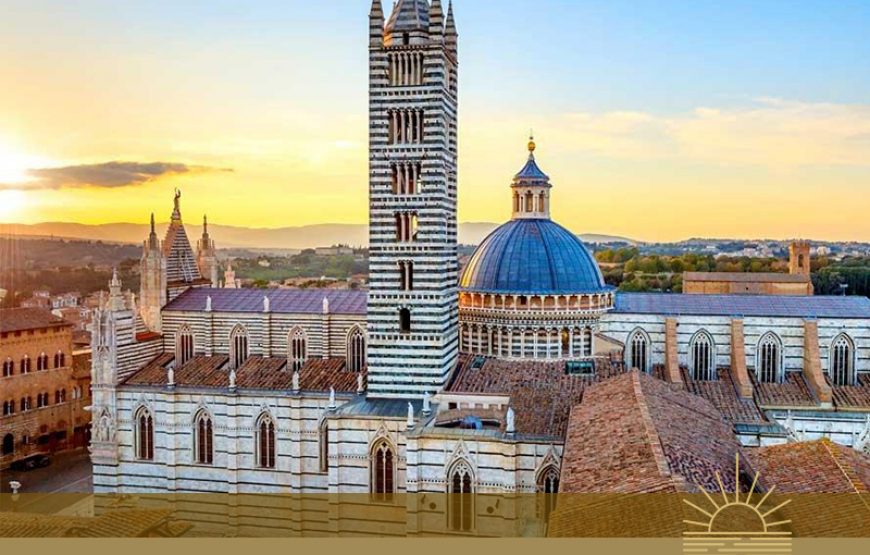 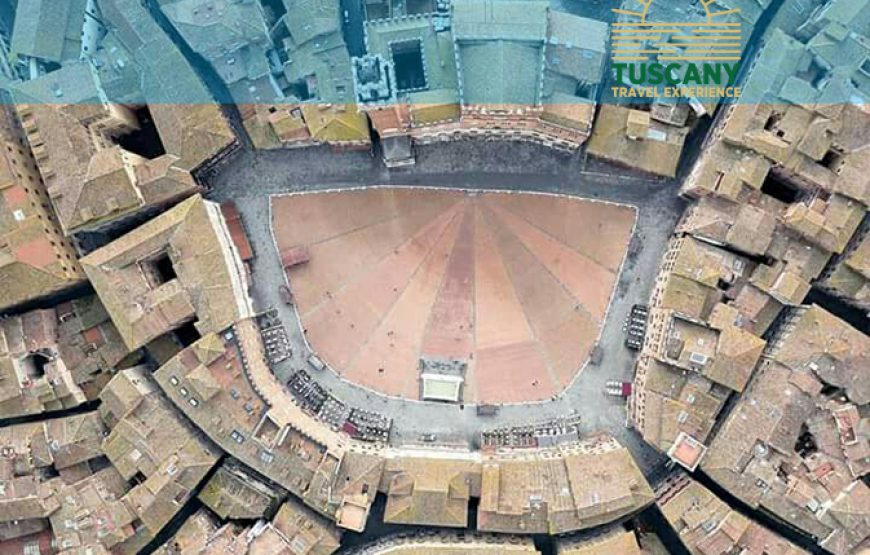 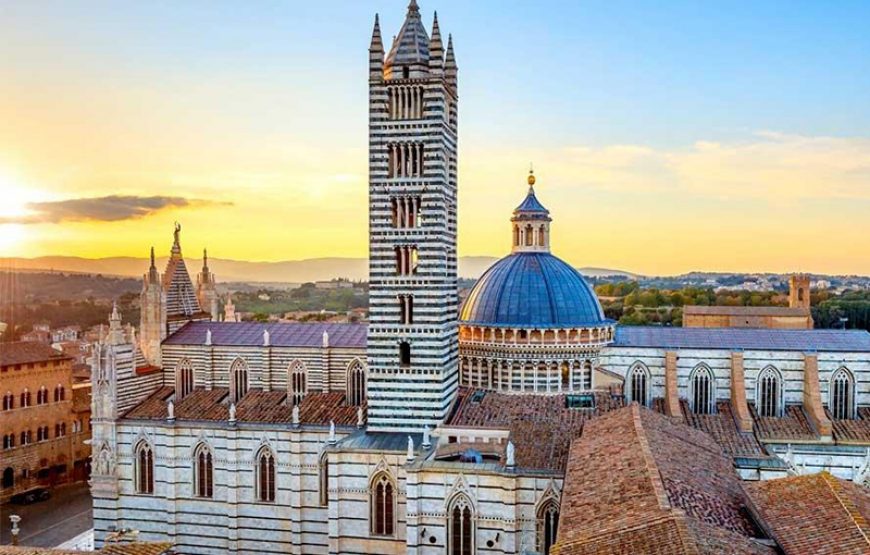 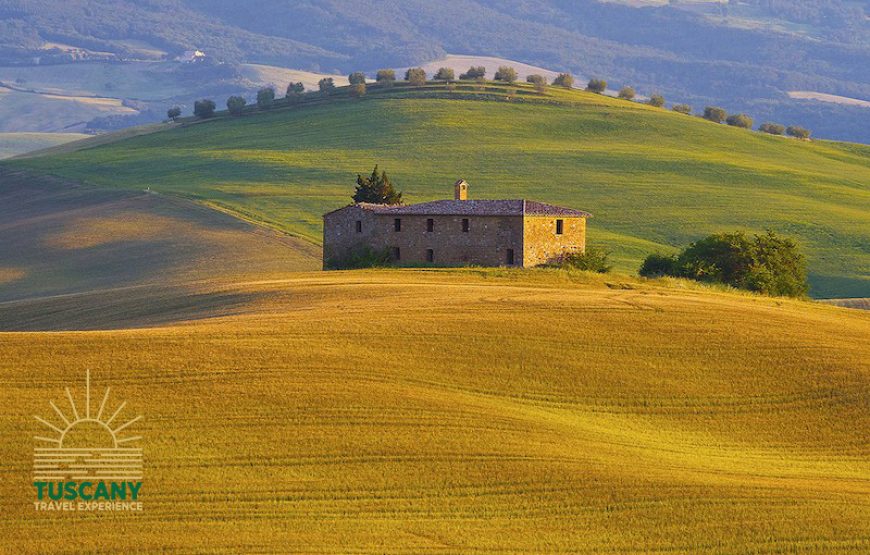 The landscape of Val d’Orcia is part of the agricultural hinterland of Siena, redrawn and developed when it was integrated in the territory of the city-state in the 14th and 15th centuries to reflect an idealized model of good governance and to create an aesthetically pleasing picture. The landscape’s distinctive aesthetics, flat chalk plains out of which rise almost conical hills with fortified settlements on top, inspired many artists. Their images have come to exemplify the beauty of well-managed Renaissance agricultural landscapes. The inscription covers: an agrarian and pastoral landscape reflecting innovative land-management systems; towns and villages; farmhouses; and the Roman Via Francigena and its associated abbeys, inns, shrines, bridges, etc.

The Crete Senesi refers to an area of the region of Tuscany immediately to the south of Siena. It consists of a range of hills and woods among villages and includes the comuni of Asciano, Buonconvento, Monteroni d’Arbia, Rapolano Terme and an Giovanni d’Asso, all within the province of Siena. They border to the north with the Val di Chiana and to the south-west with Val d’Orcia.

The Crete Senesi, then, as a voyage of the soul, an itinerary of discovery to be followed in the same spirit as the Grand Tour, without seeking destinations that are as mystical as they are useless. Sailing through the earth waves of the Crete Senesi, each of us finds places that “speak” with the breath of the wind and the magic of unpredictable lights.

The landscape of the Crete Senesi is a triumph of essentialness and harmony, a timeless image, a picture that blends the forms of an Etruscan graffito and a sign of modern art. It is a harmony that gets inside you and has the power to bring your energies back into balance: emotions and sensations transform and dilate in the calm of space. 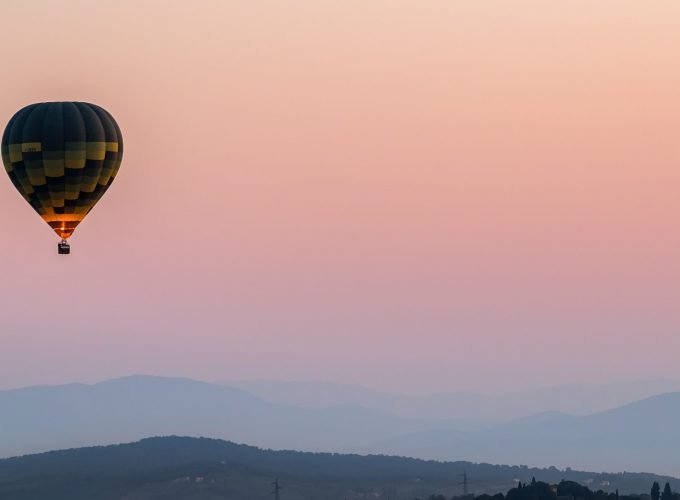 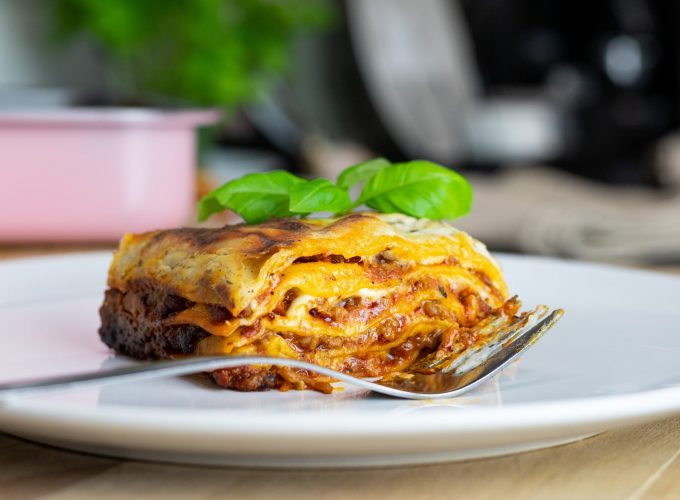 Lasagna with Ragù and Dessert with Lunch or Dinner 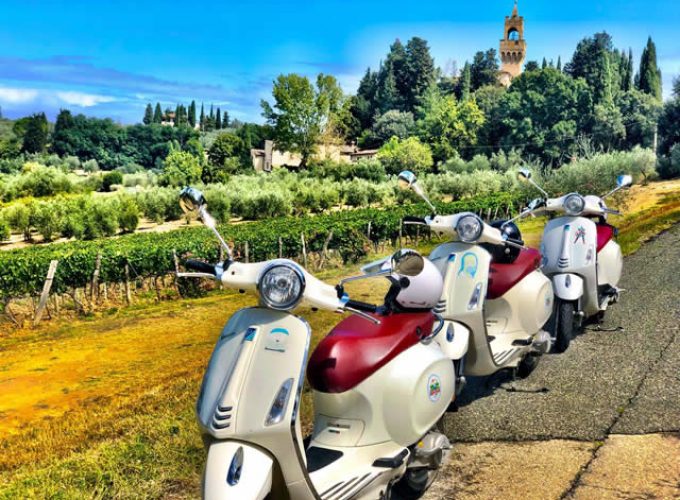 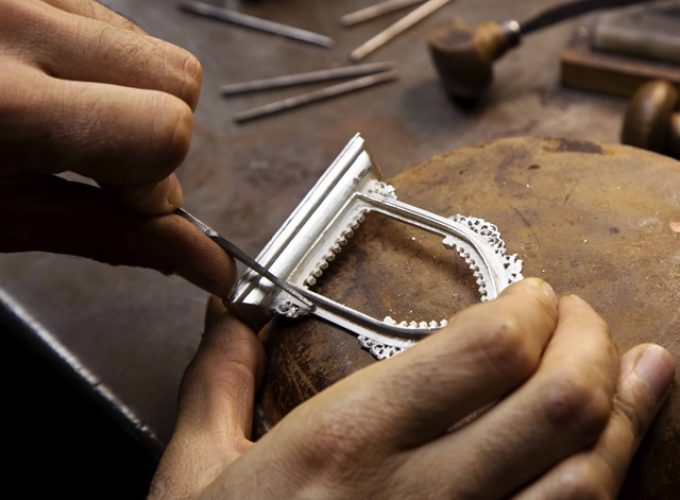